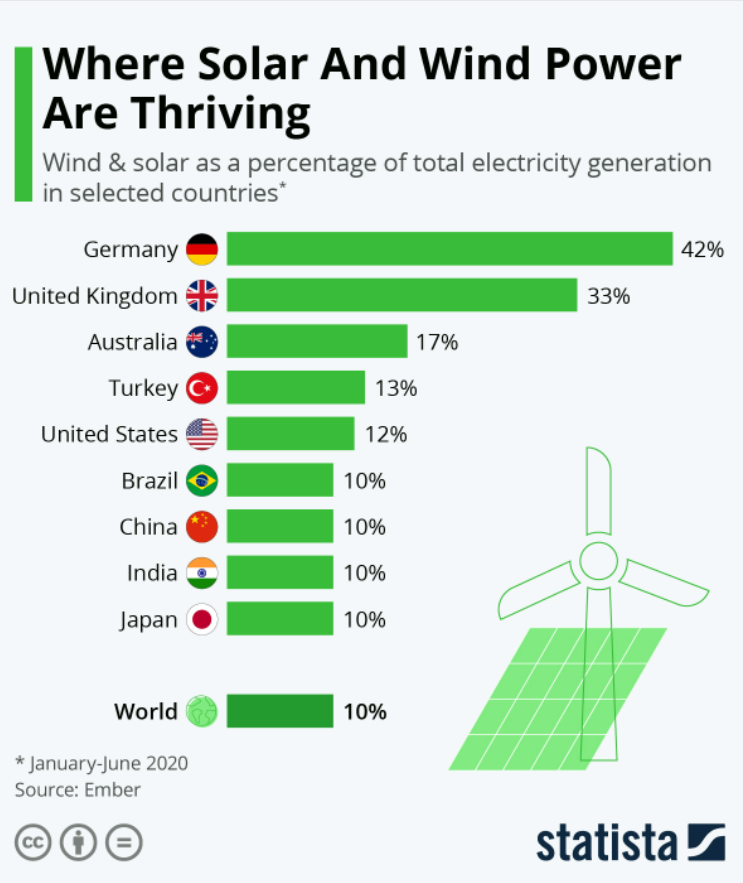 Solar power now accounts for almost a third of global renewable energy capacity, Forbes reports. And Germany is one country leading the charge.

A rapidly-built solar power plant situated on a quarry lake in the west of the country is expected to produce 3 megawatts of power – equivalent to an average onshore wind turbine. The facility on Lake Silbersee in Haltern am See comprises 5,800 modules on 360 floating elements.

It’s estimated that Germany could house around 20 gigawatts of solar energy on water – enough to keep the lights on in around 15 million homes. Floating systems are also regarded as sustainable and are quicker to install.

Lakes are arguably one of the more likely venues for solar panels. But they are not the only options. Here, we list some of the world’s more unusual solar panel spots.

Floating solar panels have been constructed off an island in the Maldives to generate electricity for a tourist resort. Generating a modest 680 kilowatts, it is so far one of the largest of its kind in the sea. Unlike lakes, the ocean presents challenges such as strong waves and salt water which can attack and erode the panels.

Solar technology is being experimented with on roads and pavements. A 70-metre ‘solar road’ bike path near Amsterdam in the Netherlands is lined with photovoltaic (PV) cells covered with tempered glass. In the first six months it generated 3,000 kilowatts of energy, enough to provide one person with enough electricity for a year.

With golf losing popularity in some parts of the world, solar power developers have been given the perfect environment to install large-scale power plants. Disused golf courses provide plenty of land, high sun exposure and a low concentration of trees.

In the United States, solar carports have been springing up. Utilizing the canopies covering the parked cars, these solar installations not only generate renewable energy but they also reduce the urban heat island effect, helping to cool cities. Additionally, of course, they can help recharge parked electric vehicles.

5. The race for space

The UK government is said to be considering building a massive solar power station in space – that would beam renewable energy back to Earth. The estimated price tag is an eye-watering $20 billion. With global energy needs predicted to increase by nearly 50% by 2050, space-based solar power could significantly help meet demand as well as help limit global warming.